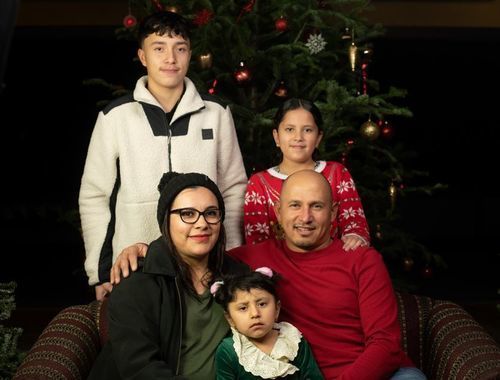 My name is Maribel Ruiz. My daughter, Dalia, was diagnosed with infantile spasms at 4 months of age.

Everything was fine during my pregnancy and also when she was born until she was 4 months old. She cried a lot and nothing stopped her. My first challenge was to look for childcare because where they took care of her they could not be alone with her all the time because there were other children to care for. We were all very confused, including the doctor. I made an appointment and that's when my daughter was admitted to the children's hospital in Spokane. Dalia started a treatment of injected steroids for 30 days which worked at 70%. Before the treatment she had up to 50 epileptic episodes a day. Then I found a lady who could take care of my child at home. She had little experience, but she had a daughter with a similar condition.

After two months they came to assess her development. Because her development was delayed, they began to give her therapies at home. Some time later she entered a daycare where they put a person to be with her all the time. I also needed help because Dalia didn't want to eat, didn't talk, and didn't do anything for herself.

At 2 years old, she started a new medication with CBD, and her brain began to recognize everything! Now she can eat, laugh, look into the eyes, and do everything a typical child does. Dalia is now 3 years old, attends a daycare in the community, and receives her communication therapies. We are already calmer.