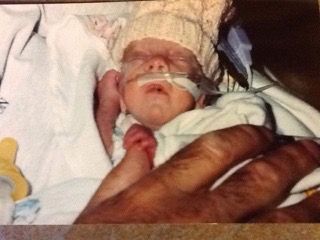 24 years ago I became dad to Taylor Danielle Pulliam.  Taylor was born at 24 weeks weighing 1 lb. 2 oz. I remember the Doctor saying she had a 50/50 chance. Taylor was in the NICU for 4 months. It was a rollercoaster ride. She had good days and she had some very bad days. We cherished the good days. Taylor was a micro preemie - she had bleeding in her brain which led to many health issues. She is non ambulatory and nonverbal and requires 24 hour care.

Although Taylor has so many disabilities we have always included her in everything we do.  My wife and I both enjoy the outdoors so we take Taylor camping, fishing, four wheel driving on the dirt roads, and just enjoying being outside. Taylor loves driving on the bumpy back roads listening to Country Music. Some may try to avoid washboard portions of roads but I try to keep on them as Taylor’s laughter as we bounce around gives me much joy.

Being Taylor’s dad has been hard and frustrating at times, but I am truly blessed to have such a sweet (most of the time), Beautiful daughter with a funny sense of humor. It isn’t the life I would have wished for her but I am amazed at her strength and in awe of how she has touched so many people’s lives, Family, Friends and even strangers and most of all mine!

Thank You Taylor for letting me be your dad. I love you so much! 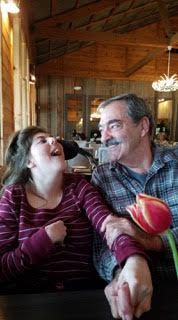