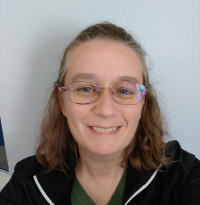 The world would be a better place if everyone in it had at least one friend with a disability. I have a teenage daughter with Down syndrome, and she has made me a better person. Because of her, I became involved with the Walla Walla Valley Disability Network shortly after moving from Grand Rapids, Michigan to Walla Walla in 2015. I am married and have 3 daughters (college, high school, and middle school). I grew up in Western Washington, moved to UC Berkeley where I attained a BA in Applied Mathematics, settled in southern California for 18 years, and then went on a 12 year adventure to Michigan. It is good to be back "home" in Washington. During our time in Michigan, my daughter experienced medical issues that led me to start homeschooling her in first grade. She is now transitioning into attending middle school almost full time and is the healthiest she has ever been in her life. In July 2018 I was appointed to the Washington State Developmental Disabilities Council, which advocates with our state legislators and state agencies to improve the lives of individuals with disabilities and their families. It is my hope that those who wish to can live their lives with as much similarity as possible to the general population.